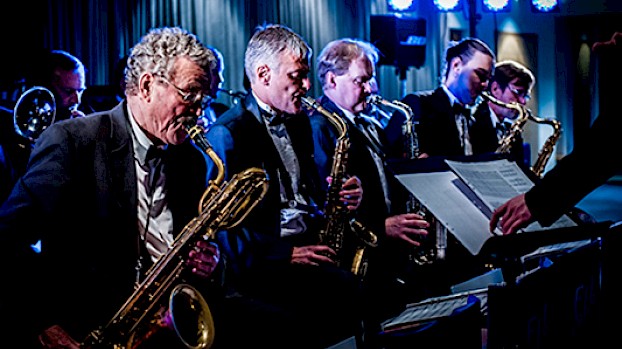 Finnair Pilots' Big Band is a semi-professional, full-fledged ensemble with very unique personnel. The band consists entirely of Finnair airline pilots. This makes it the only pilot-only big band in the world!

The band was formed in 1971 and has recorded five albums. The band's wide-ranging repertoire varies from traditional big band music to latin jazz and all the way to energetic and lively party music.

The latest Finnair Pilots' Big Band album is called Aires Latinos and it was published in 2010. The album is full of well-known latin jazz standards, including a few more rarely heard gems as well.

Ladies and gentlemen - open your seat belts and enjoy the ride!